Osteitis pubis is an overuse injury characterised by tissue damage and inflammation to the pelvis where the two pubic bones join, resulting in groin pain.

Özellikle bu paragraf önemli “İgnoring symptoms or adopting a ‘no pain, no gain’ attitude is likely to lead to the condition becoming chronic and requiring an extensive period of rehabilitation.”

12 months ago I thought my running days had come to a very abrupt and permanent end when I was diagnosed with a condition called Osteitis Pubis (OP).

Osteitis Pubis is an inflammation of the pubic symphysis, which is the joint at the front of the pelvis between the two ends of the pubic bone causing both acute and chronic groin pain. The condition is prevalent among footballers but is also known to affect runners and given that there is no specific treatment for the condition it can seriously hinder the careers of sports people affected by it.

Many of the stories you read from people who have been affected by this do not have a very happy ending so I held off on telling my story until such time as I was 100% sure I had completely recovered and could share with you all a rare “there is light at the end of a painful tunnel” story.

How and why I got it:
In 2009 I was averaging 100km plus per week in run training and was doing at least 2 races a month……and nothing else (the “nothing else” part is the big lesson I learnt from the experience). About one week out from the Sydney marathon in late September 2009 I started to feel sharp pain in my lower abdomen and, needless to say, I ignored it and ran anyway. 7 weeks and 4 more races later the pain was becoming unbearable and my race times were dropping off dramatically. The worst pain was right at the start and after the finish of a race so I convinced myself that it was nothing to worry about if it didn’t force me to pull out of a race.

What next ?:
After a visit to my physio around mid November 2009 I was told to stop running immediately and I was given the depressing news that I had developed Osteitis Pubis which meant a very long rehabilitation, the possibility of surgery and the chance that I may not be able to run again. Given my stubborn ignorance of the pain, the condition was pretty well advanced by this stage. One thing you don’t think about is that the person treating you not only has to be highly skilled in curing the physical injury but also has to be a good sports psychologist who can keep you focused on committing to the rehabilitation program. My physio, Sean Cooney, put together a very detailed program for me starting with very light core, hip flexor and glute exercises which gradually increased in intensity as my strength grew and the pain subsided. He also gave me a list of activities that I could do which wouldn’t aggravate the injury such as bike riding, swimming and my “pet hate”, visiting a…….gym !

The path to Salvation:
Rule number one, you can’t sit back and expect the physio to do all the work, it’s up to you to follow the program and do the exercises EXACTLY as they explain/demonstrate.
Rule number two, learn to variate your training to focus on different muscle groups. As much as I hated going to gyms I caved in BUT chose one that was all about one to one personal training, not a “take your money and look after yourself” styled gym. My PT also communicated with my physio to make sure he understood the do’s and don’ts with my injury.
Rule number three, if you enjoy running, you’ll LOVE riding. Buy a good bike and watch the experienced riders struggle as you blast them on the hill climbs. Good runners make great hill climbers and I experienced no pain at all in the pubic region while riding.

What happened next ?:
After 6 months the pain had subsided significantly so in June 2010 I was given permission to “test the waters” and do a short 10km race to see how the pubic symphysis felt. Only 1:40 slower than my 10km pb and no serious aggravation was a great sign that things were progressing well but we agreed there was no point in rushing back yet and settled back into the rehabilitation program for the next 2 months. Before I knew it was September and the race that first gave me signs of the injury, the Blackmores Sydney running Festival, loomed on the horizon. It was time to test the waters again so I entered the 9(ish)km bridge run and BOOM !! 32 minutes later and 64th outright I was back in business !! With only very small niggling discomfort from the pubic symphysis it was time to seriously ramp up the training but I tried a new approach of high intensity VO2 max gym sessions, riding/running brick sessions and much less km’s in the running shoes (about 20 to 30km max). I also took the opportunity to get some running analysis done to study my technique and make some changes to be more efficient and less injury prone (what better time to learn how to run all over again !).
Since then I have done at least one race per month, between 21.1kms and 30kms, with the Sydney Marathon Clinic club, the Sydney Morning Herald Half Marathon and last Sunday I had my big marathon comeback race at the Gold Coast. Since October last year I have not experienced any aggravation at all from the injury……GONE !

So what did I learn from this experience ?

Hopefully my story inspires people to stick at it and not give up when they think that an injury has destroyed any chance of achieving their goals.

You can come back stronger, fitter and faster ! 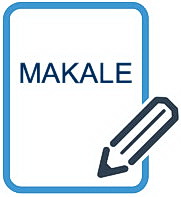